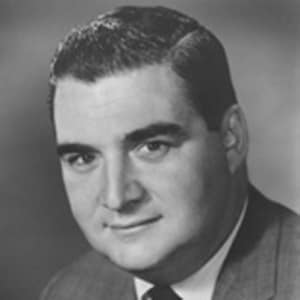 Pierre Salinger served as presidential press secretary to John F. Kennedy and Lyndon B. Johnson. In the 1970s, he resumed his career as a journalist in Europe.

Born on June 14, 1925, in San Francisco, California, Pierre Salinger worked as an investigative journalist before serving as presidential press secretary for both John F. Kennedy and Lyndon B. Johnson. He briefly filled a vacancy in the U.S. Senate, then returned to journalism in the early 1970s, eventually becoming the Paris bureau chief for ABC News. He died in France on October 16, 2004.

Pierre Emil George Salinger, known as Pierre Salinger, was born June 14, 1925, in San Francisco, California. One of four boys, Salinger was the product of smart, driven parents. His father, who died when Salinger was in his teens, worked as a mining engineer, while his mother, a native of France, was an acclaimed journalist.

A bright and precocious child, Salinger became fluent in his mother's native tongue as a boy, and never lost his ability to speak French. His first love was music and his talent on the piano was such that he was widely considered a prodigy. By the time he was 6 years old, he had given his first recital.

Concerned that a high-pressure concert schedule might adversely affect his young mind, Salinger's parents prohibited further public performances. Instead, he continued with private lessons. He also concentrated on his studies, and started high school when he was 11 years old.

Following his graduation from high school, Salinger briefly studied at San Francisco State College before enlisting in the U.S. Navy at the age of 17. He became the commander of a submarine chaser in the Pacific, then returned to California after the war. He enrolled at the University of San Francisco, where he graduated with a degree in journalism.

In 1947, the San Francisco Chronicle hired Salinger as an investigative journalist. He later worked for Collier's magazine. Salinger thrived in undercover work, most notably pretending to be homeless in order to get arrested so he could do a series of stories about prison abuses.

In 1956, Salinger researched and wrote several stories that exposed some of the dealings of Teamsters boss Jimmy Hoffa. The pieces attracted the attention of Robert Kennedy, who soon hired Salinger to work as an investigator on the U.S. Senate's anti-racketeering committee.

Salinger's tenaciousness appealed to Robert Kennedy, while his oversized personality served as a point of attraction for Senator John F. Kennedy. Worldly, witty, with a preference for fine cigars and a weakness for women, Salinger shared many common interests with the future president.

In 1959, Salinger went to work for John F. Kennedy; in 1961, at the age of 35, he became the youngest-ever presidential press secretary. Salinger's understanding of television's increasing influence on the world of politics helped set the tone for the Kennedy administration.

Salinger traveled with the president on several high-level trips, including the 1961 meeting with Soviet leader Nikita Khrushchev in Vienna. Throughout the Cuban Missile Crisis, Salinger stayed involved in the meetings that outlined the difficult choices the United States was facing.

Following Kennedy's assassination in Dallas, Texas, on November 22, 1963, Salinger served as President Lyndon B. Johnson's press secretary for several months. In 1964, he resigned to run for the U.S. Senate.

After winning the Democratic primary in California, Salinger was appointed to fill the vacancy left when Senator Claire Engle died. In the fall of that year, however, he was defeated in a general election by George Murphy, his Republican opponent.

Shortly after McGovern's loss to Richard Nixon, Salinger returned to journalism. Over the next 30 years, he worked in England and France. His employers included the French magazine L'Express and ABC News, where he served as Paris bureau chief. He also wrote several books, including three novels.

Salinger's reputation took a big hit in the 1990s when he asserted, without credible evidence, that the U.S. government had been responsible for two major airline crashes. Salinger said that Pan Am Flight 103 did not go down in 1988 over Lockerbie, Scotland, because of terrorists, but rather was the consequence of a Drug Enforcement Agency action gone wrong. Falling for an Internet hoax, Salinger later claimed that an errant U.S. Navy missile had shot down TWA Flight 800 in 1996.

Following the 2000 election of President George W. Bush, a disgusted Salinger left the United States, settling into a new life in France with his fourth wife, Nicole Beauvillian de Menthon, who ran a small bed and breakfast in Le Thor. After suffering from dementia for years, he died in Cavaillon on October 16, 2004, at the age of 79. Two of Salinger's four children survived him.