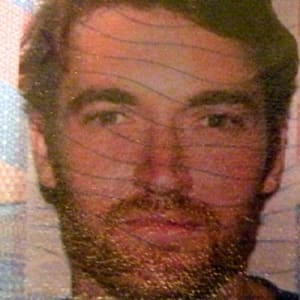 Ross Ulbricht, also known by his pseudonym “Dread Pirate Roberts,” is famous for launching the darknet website the Silk Road in 2011. He was sentenced to life in prison in 2015.

Who Is Ross Ulbricht?

Born in 1984, Ross Ulbricht moved from Austin, Texas to San Francisco to start his black market site called Silk Road in 2011. Using the pseudonym "Dread Pirate Roberts," Ulbricht used Tor and bitcoin to avoid getting caught by authorities for his illegal activities. However, he was ultimately caught in 2013, and two years later, was convicted of drug trafficking, computer hacking, money laundering, and conspiring to traffic fake identity documents. Despite an appeal, which was denied by the U.S. Court of Appeals in 2017, Ulbricht continues to serve a life sentence without parole.

Ross William Ulbricht was born on March 27, 1984 in Austin, Texas. Graduating from high school in 2002, Ulbricht received a free academic scholarship and attended the University of Texas at Dallas, majoring in physics. He later studied crystallography (an experimental science) as part of his masters degree at Pennsylvania State University. It was during this time he became deeply interested in libertarian economic theory and participated in campus debates on the subject.

In 2009 Ulbricht received his degree and moved back to Austin. Having no interest in holding a regular job, he used his nest egg to invest in various entrepreneurial ventures such as day trading, a video game company and later an online used bookselling business.

However, all of his businesses failed to find success and added with a break up, Ulbricht decided to change his luck. In 2011 he set off for San Francisco to launch his online black market, the Silk Road, which would predominantly be used to purchase illegal items (i.e. guns, drugs and murder-for-hire). With his enthusiasm for libertarian philosophy guiding him, his LinkedIn page may have possibly alluded to one of his reasons for creating the site: "I am creating an economic simulation to give people a first-hand experience of what it would be like to live in a world without the systemic use of force."

Using the pseudonym "Dread Pirate Roberts," Ulbricht attempted to evade authorities by using Tor and bitcoin, but little did he know, an IRS investigator, in conjunction with the DEA, had already uncovered his real identity.

In October 2013, the FBI tracked him down at the Glen Park branch of the San Francisco Public Library and arrested him. Ulbricht was convicted of drug trafficking, computer hacking, money laundering, conspiring to traffic fake identity documents and contract killing on no fewer than six individuals. Although the last charge wasn't included in the indictment, the evidence supporting it was factored into his sentencing.

On May 29, 2015 he received life imprisonment without parole and despite his appeal — based on DEA wrongdoing during the investigation — in May 2017 the U.S. Court of Appeals for the Second Circuit upheld the original conviction.

In 2015 a documentary entitled, Deep Web, explored the politics of Silk Road, bitcoin and Ulbricht's trial.

In October 2016 the Coen brothers announced they were working on a thriller based on Ulbricht and the founding of his website.

Most recently, A+E Networks produced its own documentary, Silk Road: Drugs, Death and the Dark Web, which is set to premiere on February 5, 2018.

At the time of his arrest, Ulbricht was believed to be worth $104 million and $20 million in bitcoin. The Silk Road had reportedly handled $9 billion in transactions.