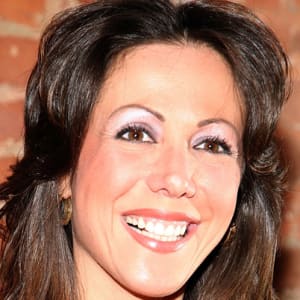 Teenage Amy Fisher had an affair with mechanic Joey Buttafuoco in the early 1990s. When Buttafuoco refused to leave his wife, Fisher attempted to kill her.

At age 16, Amy Fisher began an affair with auto-mechanic Joey Buttafuoco. On May 19, 1992, Fisher shot Buttafuoco's wife, Mary Jo, in the head but she survived the attack. Fisher was arrested for the crime and served seven years in prison. After release, Fisher became a columnist for the Long Island Press, and wrote her autobiography. In recent years Fisher has been appearing in adult films.

Author, criminal and infamous personality Amy Elizabeth Fisher was born in Merrick, New York, on August 21, 1974, to an Italian American mother and Jewish American father. In May 1991, at the age of 16, Fisher met Joey Buttafuoco at his auto shop and they soon started a sexual affair. In August of 1991, while still carrying on the affair, Fisher told Buttafuoco she needed money, and he suggested she begin work at an escort agency. While working as a prostitute, Fisher asked Buttafuoco to leave his wife Mary Jo. Buttafuoco refused.

On May 19, 1992, Amy Fisher went to the Buttafuoco home in Massapequa, New York. Fisher rang the doorbell, and when Mary Jo Buttafuoco answered the door, Fisher shot her in the head. Mary Jo was severely injured, but survived the attack. She was able to identify the clothing worn by Fisher—a t-shirt from her husband's auto shop—which helped her to identify her assailant.

After being arrested for the crime, Fisher drew national attention. The Fisher family was offered $80,000 for the rights to their story, and accepted the money to post bail. In December of 1992, Fisher was convicted on multiple counts, but pled guilty to one count of aggravated assault and was sentenced to up to 15 years in prison. Fisher served seven years in prison at the Albion Correctional Facility in New York. During her time in jail, Fisher claimed she was raped by a prison guard, and pursued legal action for some time before dropping the case.

In 1999, Fisher was released from prison under a new plea agreement, based on the wishes of Mary Jo Buttafuoco. After her release, Fisher became a columnist for the Long Island Press, where she won a Media Award for Column/News from the Society of Professional Journalists in 2004. Fisher is also an active advocate for prisoner's rights. She also wrote a book about her experiences called If I Knew Then, which was published in 2004. Fisher left the Long Island Press in late December 2005. Fisher appeared with Mary Jo Buttafuoco in 2006 on Entertainment Tonight and The Insider. She also reunited with Joey Buttafuoco in 2006 for the Lingerie Bowl.

In 2003, Amy Fisher married Louis Bellera with whom she has two children. Her son Brett was born in 2001 and her daughter Ava Rose in 2005. On May 13, 2007, it was reported that Amy Fisher had left her husband, and Joey Buttafuoco had left his girlfriend, in a bid to reconcile or pitch an idea for a reality show featuring the two. In October of 2007, Amy Fisher and her husband reunited, and sold a sex tape to Red Light District Video. On January 12, 2009, Fisher released her first pay-per-view adult film, titled Amy Fisher: Totally Nude & Exposed.