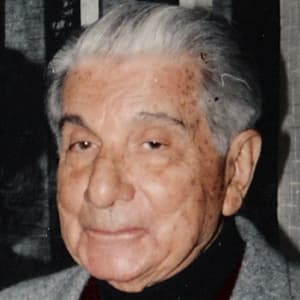 Paraguayan author Augusto Roa Bastos received the Premio Cervantes prize in 1989 for books like I, the Supreme (1947).

Augusto Roa Bastos was born June 13, 1917 in Asunción, Paraguay. He left the country in 1947 after speaking out against its military dictatorships. His books, mostly in the magical realist style, include I, the Supreme (1947), Son of Man (1960) and The Prosecutor (1993). Roa Bastos received the Premio Cervantes prize in 1989 for his body of work, which also includes short stories and poetry.

Novelist, born in Asunción, Paraguay. He left his native Paraguay in 1947 after speaking out against military dictatorships. He lived in Argentina, France, and Spain during his exile, returning to Paraguay in 1989. The author of several works of fiction, he was also a journalist, screenwriter, and teacher, and until his retirement in 1985 was a professor at the University of Toulouse. I the Supreme (1947, trans title) is regarded as his masterpiece. In 1989 he received the Premio Cervantes prize awarded to outstanding writers in the Spanish language.