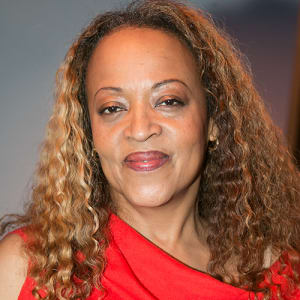 Who Is Cassandra Wilson?

Mississippi native Cassandra Wilson began her professional music career in the 1980s and quickly drew favorable comparisons to the jazz divas she grew up idolizing, such as Betty Carter, Sarah Vaughan and Abbey Lincoln. She soon gained both popular and critical acclaim with her jazz-inspired renditions of works by folk singers and later, blues country, pop and rap music. Her reputation as a crossover artist has only grown throughout the decades as she continues to explore a wide variety of musical styles and influence new generations of musicians.

Cassandra Marie Wilson (née Fowlkes) was born in Jackson, Mississippi on December 4, 1955 to Mary and Herman Fowlkes. Her mother was a schoolteacher and her father was a gifted musician who played a variety of instruments like the guitar, cello, violin, saxophone and bass. Though he took on the more stable career of postman around the time his daughter was born, the household was infused with music. At age six Cassandra began playing piano and a few years later, learned to play guitar.

Wilson’s grandmother, who lived with the family and sang gospel in the church’s choir, was also a big influence on the young girl.

During her formative years, Wilson was especially enamored with Miles Davis after hearing his album, Sketches of Spain. While in high school in the 1960s, she developed a keen interest in the music of Bob Dylan, Judy Collins and especially, Joni Mitchell, whose work she would one day cover.

Wilson briefly attended Millsaps College in Jackson and began singing professionally in local clubs. She finished her education at Jackson State University, where she earned a degree in mass communications. After graduating college and working as a singer in New Orleans, she relocated to New York in 1982 where she met saxophonist Steve Coleman and became the main vocalist for the Brooklyn-based funk/hip-hop/jazz collective M-BASE.

Wilson first gained notice with 1988’s Blue Skies, which was her fresh take on jazz standards. Her 1993 release, Blue Light ’til Dawn, was even more successful. It included the popular original song, “Sankofa,” as well as inventive interpretations of Mitchell’s “Black Crow” and Van Morrison’s “Tupelo Honey.”

Two years later, New Moon Daughter not only earned her popular acclaim and her first Grammy award but it also established her as an influential crossover artist who is unafraid to explore all genres of music. It included her renditions of The Monkees’ “Last Train to Clarksville,” Hank Williams’ “I’m So Lonesome I Could Cry” Neil Young’s “Harvest Moon” and U2’s “Love Is Blindness” as well as “Strange Fruit,” made famous by Billie Holiday and truly expanded the definition of contemporary jazz music.

Wilson released her tribute to Miles Davis, Traveling for Miles, in 1999. She developed the album from a collection of Lincoln Center jazz concerts she held in his honor in November 1997. Wilson adapted themes from some of Davis' compositions and also created four of her own, including "Traveling Miles." The album was a marked accomplishment for Wilson because it was the first time she wrote, arranged, produced and conducted music for one project.

'Belly of the Sun' to 'Loverly'

For 2002's Belly of the Sun, Wilson drew on country, blues, soul and rock. The following year, she released Glamoured, which featured mainly her own original compositions. Always intrigued by the new sounds of the time, Wilson explored sampling and other hip-hop techniques for 2006's Thunderbird. But she followed it up with 2008's Loverly, another album of standards, which earned her a second Grammy award.

Another Country found her changing direction again as it was composed of mostly original tunes that she co-produced with electric guitarist Fabrizio Sotti. Recorded in Italy, New Orleans, and New York, it was released in the summer of 2012.

'Coming Forth by Day'

In 2015, Wilson released Coming Forth by Day on the 100th anniversary of Billie Holiday's birth: April 7, 2015. Working with the producer and rhythm section from Nick Cave’s Bad Seeds, the project is a radical take of the great vocalist’s music, which Wilson considers one of her greatest lifetime influences.

Wilson’s entire career has been marked by a long list of collaborative recordings and performances. Perhaps the most prestigious was back in 1997, when trumpeter and composer Wynton Marsalis recruited her to be the featured vocalist on the opera Blood on the Fields — Wilson had interpreted the composition in a National Public Radio broadcast performance in 1994. This epic about slavery was the first jazz work to win a Pulitzer Prize. In 1998 she performed it with Marsalis and his group at Lincoln Center in New York City.

In 1996 she joined in with assorted artists including Q-Tip and D’Angelo in performing cameos for The Roots on their album, illadelph halflife. She also opened for Ray Charles at Radio City Music Hall that year. Additionally, Wilson has collaborated from time to time with Benin folk musician Angélique Kidjo, including a performance at the Montreaux Jazz Festival.

In April 2017, Harvard University’s the Jazz Master in Residence program invited Wilson to share her expertise and experiences in music with students, as well as rehearse and perform with them at Sanders Theatre as part of the University’s ongoing Women in Jazz celebration.

In the fall of 2017, Wilson joined Hothouse Flowers frontman Liam Ó Maonlaí of Ireland for the acclaimed Masters in Collaboration series, blending Irish contemporary and jazz music and performing a string of concerts in Dublin, Los Angeles and New York City.

Wilson continues to interpret and find fresh and creative ways to perform jazz, vintage blues, country and folk music. In addition to her two Grammys, she has also received the The Edison Music Award, the Django D’Or, and the Artistic Excellence in Music Award at the 2009 Mississippi Governor’s Awards.

Wilson married Anthony Wilson in 1981 but they divorced in 1983. She has one son, Jeris, who was born in the late 1980s and the two lived in Harlem, New York, in an apartment that once belonged to jazz great Duke Ellington, Lena Horne and boxing legend Joe Louis.

Wilson wed actor/director Isaach de Bankolé in 2000. The two worked together in the concert documentary, Traveling Miles: Cassandra Wilson. They divorced in 2003.