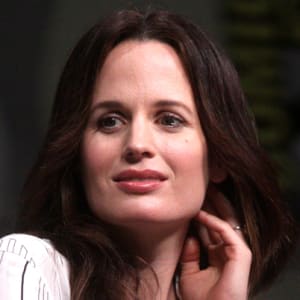 Elizabeth Reaser is an American actress best known for her roles on the show Grey’s Anatomy and in the Twilight film series.

Elizabeth Reaser was born in Michigan on June 15, 1975. After graduating from The Juilliard School, she began her career on stage. She became a reccurring guest star on the television drama Grey's Anatomy, which earned Reaser her first Emmy Award nomination. Reaser is best known for her role as Esme Cullen in all five installments of the Twilight film series.

Elizabeth Reaser was born on June 15, 1975, in Bloomfield, Michigan. At a young age, Reaser knew that she wanted to be an actress. After working odd jobs as a high school student, she enrolled at Oakland University, and went on to study at The Juilliard School in New York City. Convincing her parents to let her move to New York wasn't as difficult as she had thought it would be, and with their blessing, Reaser was accepted into one of the most prestigious drama programs in the country. She graduated from Juilliard in May 1999, with an Master of Fine Arts degree.

Reaser began her career in theater, but started to land small roles in film and television soon after her graduation from Juilliard. In 2005, she appeared the film Stay alongside Ewan McGregor, and in The Family Stone with Diane Keaton. The young actress also began finding success on the small screen around this time. In 2006, Reaser earned the role of Alice Alden, M.D. on the TV show Saved, appearing in 13 episodes.

Reaser went on to land her breakout role as Jane Doe (also known as Rebecca Pope) on the hit TV drama Grey's Anatomy. The storyline her character was involved in became one the show's most memorable plot twists. Reaser appeared in 18 episodes, and went on to earn both Emmy and Screen Actor's Guild award nominations for her work.

While working on the Twilight saga, Reaser continued to take film and TV roles. More notably, she appeared in Diablo Cody's Young Adult alongside Charlize Theron, and in the reccurring role as Tammy Linnata on TV's The Good Wife.