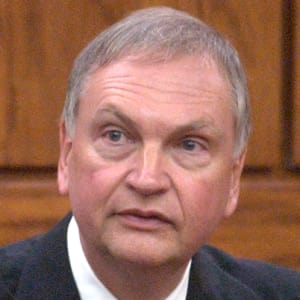 Park Dietz is best known as one of America’s most prominent and accomplished forensic psychiatrists and has provided expert testimony in high profile cases.

Born in Pennsylvania in 1948, Park Dietz is one of America's most prominent and accomplished forensic psychiatrists. He has consulted and testified in many high profile criminal cases, including John Hinckley Jr., Jeffrey Dahmer, Susan Smith, Polly Klaas, Joel Rifkin, the Menendez brothers (retrial), the O.J. Simpson civil suit, John DuPont, Andrea Yates, the Unabomber, the shootings at the U.S. Capitol and Columbine and more.

Park Elliott Dietz was born in Camp Hill, Pennsylvania, in 1948. Dietz described his mother, a nurse, as "a lovely, generous, loving woman." He felt his father was hard to please, however, and as a physician who was the son of physician, his father made it clear he expected his only child to practice medicine as well. At dinner time, his father would sometimes make Dietz look at photographs of surgical procedures.

At a young age, Dietz showed a strong inner drive. When, in the fourth grade, a teacher sent home a note to his parents that said he had weak coordination, Dietz learned to play the drums to prove her wrong, eventually excelling so much that he was performing professionally in local rock-and-roll and soul bands at the age of 12.

In 1978, at age 29, Dietz became the youngest assistant professor at the Harvard Medical School. During this time he also worked as director of forensic psychiatry at Bridgewater State Hospital for the Criminally Insane until 1980. In 1982, Dietz testified for the prosecution at the trial of John Hinckley Jr., the man who attempted to assassinate President Ronald Reagan. His expert testimony put him in the spotlight, and the legal community, including the FBI, began to approach him for his expertise. That same year, Dietz left Harvard to serve as Professor of Behavioral Medicine and Psychiatry and Professor of Law at the University of Virginia. In 1984 he earned a Ph.D. in sociology from John Hopkins University.

In 1987, Dietz launched the Threat Assessment Group (TAG), a firm that assists corporations, organizations and individuals to deal with stalkers, violent employees, product tamperers and other issues. He is also founder and head of the Park Dietz & Associates, Inc., a forensic consulting firm based in Newport Beach, California.

In his career, Dietz has testified or consulted in all 50 states in cases dealing with workplace threats and violence, multiple victim homicides, mass murders, serial killings and sex crimes. He has also participated in high-profile cases such as those of John Hinckley Jr., Jeffrey Dahmer, Susan Smith, Polly Klaas, Joel Rifkin, the Menendez brothers (retrial), the O.J. Simpson civil suit, John DuPont, Andrea Yates, the Unabomber, the shootings at the U.S. Capitol and Columbine and more.

In Hollywood, Dietz is a sought-after consultant who has assisted in films including The Bodyguard, Copycat, Kiss the Girls, Primal Fear, Turbulence and What Lies Beneath. He also advises for the NBC series Law and Order and its spinoff Law and Order: Criminal Intent.

Dietz serves as Clinical Professor of Psychiatry and Biobehavioral Sciences at the UCLA School of Medicine.

Due to the nature of Dietz's work, threats and stalkers have at times been a factor in his life. As such, Dietz keeps his personal life as private as possible. He forbids journalists to reveal where he lives or to name his son. He resides in Southern California and often carries a gun, avoids parking next to vans in case of an abduction threat, his office is unmarked, and its address is that of a mail drop.is

In his personal life, Dietz is known to enjoy the music of Carlos Santana and blasting rock music from his car radio. His hobbies include collecting serial-killer trading cards, which he reportedly keeps in a wall-length display case at home, as well as antiquarian books on criminology.