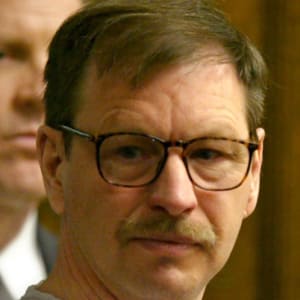 Serial killer Gary Leon Ridgway, known as the Green River Killer, murdered at least 49 women in Washington state before he was caught in 2001.

Serial killer Gary Leon Ridgway was born on February 18, 1949, in Salt Lake City, Utah. He held a job painting trucks for 30 years and was married three times. He began murdering women in 1982 and was caught in 2001 when a DNA test revealed a match. Ridgway told investigators he killed as many as 75-80 women along Route 99 in south King County, Washington. He was convicted and received multiple life sentences.

Gary Leon Ridgway was born on February 18, 1949, in Salt Lake City, Utah. Raised near Seattle's Pacific Highway, a deprived neighborhood near SeaTac airport, Ridgway was a poor student and was sent to Vietnam after high school. When he returned, he got a job painting trucks, which he kept for 30 years. Though he married three times and was fanatical about religion, Ridgway was a frequent customer of prostitutes.

Ridgway's slayings began in 1982, when young runaways and prostitutes began disappearing from state Route 99 in south King County, Washington. He brought many of them to his home and strangled them, then left them in woodsy, remote sites. The first few bodies turned up along the now-notorious Green River.

Dubbed the Green River Killer, Ridgway eluded the law until 2001, when King County sheriff Dave Reichert, the first officer assigned to the case in 1982, called a meeting to re-examine evidence using newly developed DNA-testing technology. The analysis produced a match between evidence from the victims and Ridgway, and he was charged with four counts of aggravated murder in December 2001. Ridgway eventually pleaded guilty to 48 counts of aggravated first-degree murder.

Facing the prospect of execution, Ridgway made a deal with investigators to revealed where he'd hidden the bodies of several of the young women who'd never been found while also agreeing to plead guilty to any future cases where his confession could be substantiated by evidence. He was sentenced to life in prison in December 2003, having committed more murders than any serial killer in U.S. history.

An additional body was found in 2011, with Ridgway receiving another life sentence. In 2013, he claimed in an interview with a news media outlet that he had murdered 75-80 women, with speculation over Ridgway was telling the truth or seeking further attention.