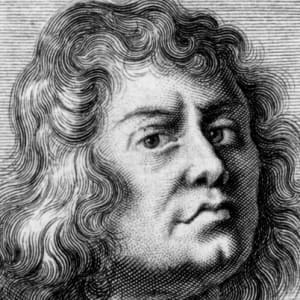 High Renaissance style Venetian painter Giorgione is best known for “The Tempest.” He was also one of the first painters to paint people in a landscape setting.

Giorgione was born circa 1477 in Venice, Italy. In 1490, He became an apprentice to Giovanni Bellini. Circa 1495-1500, Giorgione produced his first two major works: "Trial of Moses" and "Judgment of Solomon." "The Tempest," painted in 1505, is his best-known work. During his brief career, Giorgione was also commissioned to paint half-length portraits. He died of the plague in Venice, Italy, circa 1510.

The High Renaissance style Venetian painter Giorgione was born circa 1477 in the small town of Castelfranco Veneto in the Republic of Venice, Italy. Though little is known of Giorgione's childhood, Italian painter and biographer Giorgio Vasari believed that Giorgione was born into humble circumstances. Giorgione, whose name translates to "Tall George," is also said to have begun showing artistic promise at an early age.

In 1490, Giorgione became an apprentice to master painter Giovanni Bellini. Under Bellini's tutelage, he developed an awareness of lighting, atmosphere, color and mood. During his time in Bellini's studio, Giorgione honed the techniques that he would use to express those qualities in his own paintings.

Fellow painters were not the only influences on Giorgione's work; he was also inspired by many Italian Renaissance writers and philosophers of the time. Giorgione's paintings depict writers Jacopo Sannazzaro and Pietro Bembo's poetic connection with nature, while also expressing the concept of naturalism espoused by humanist philosopher Pietro Pomponazzi.

Circa 1495-1500, Giorgione produced his first two major works, panels depicting the "Trial of Moses" and the "Judgment of Solomon." Although the paintings featured traditional religious subjects, his emphasis on the beautiful landscape background set Giorgione's work apart from other paintings of this genre. Among Giorgione's highly celebrated religious paintings are "The Holy Family" (circa 1500), "Castelfranco Madonna" (circa 1504) and "Adoration of the Shepherds" (1505/1510).

Giorgione's five surviving works include "The Tempest," "The Three Philosophers," "Boy with an Arrow," "Shepherd with a Flute" and "Sleeping Venus."

"The Tempest," painted in 1505, is Giorgione's best-known work. The painting shows figures in the context of a storm ready to break against an idyllic pastoral landscape. Unlike few paintings before it, "The Tempest" requires the viewer to determine the symbolic meaning of the work—a meaning that stemmed from Giorgione's own imagination, rather than traditional interpretations. He also distinguished himself as one of the first painters to paint people in a landscape setting.

During his brief artistic career, Giorgione was also commissioned to paint many half-length portraits, including "The Young Man," "The Laura" and "La Vecchia."

Giorgione died of the plague in Venice, Italy, circa 1510. He was roughly 33 years old at the time. Following Giorgione's death, young painter Titian completed the landscape in Giorgione's "Sleeping Venus."

Giorgione's muted lines, personal interpretation of subjects and emphasis on the beauty of nature went on to influence several successive generations of Venetian artists, including painters Dosso Dossi and Palma Vecchio.