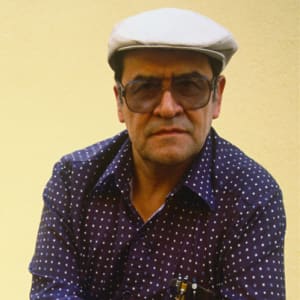 Jaime Escalante became famous for his work with troubled, “unteachable” high school math students. His story was told in the 1988 film Stand and Deliver.

Jaime Escalante was born December 31, 1930 in La Paz, Bolivia. He came to the United States in the 1960s to seek a better life. He began teaching math to troubled students in a violent Los Angeles school and became famous for leading many of them to pass the advanced placement calculus test. He was played by Edward James Olmos in the film Stand and Deliver. He died of cancer on March 30, 2010.

Educator Jamie Escalante was born on December 31, 1930 in La Paz, Bolivia. The child of two teachers, Escalante became one of the most famous educators in America during the 1980s and 1990s. He left Bolivia in 1960s to seek a better life in the United States. An educator back at home, he had to work many odd jobs, teach himself English and earn another college degree before he could return to the classroom.

In 1974, Escalante took a job at Garfield High School in East Los Angeles, California. He found himself in a challenging situation: teaching math to troubled students in a rundown school known for violence and drugs. While some had dismissed the students as "unteachable," Escalante strove to reach his students and to get them to live up to their potential. He started an advanced mathematics program with a handful of students.

Escalante's classroom challenges and successes were the topic of much public discussion in 1988. That year his story was the subject of a book entitled Jaime Escalante: The Best Teacher in America and a film called Stand and Deliver starring Edward James Olmos. Both educators and students have found Escalante's work at Garfield inspiring.

After Garfield, Escalante taught at another high school in Sacramento. He did not seem to find the same level of success he had at his previous post. Escalante also received some criticism for lobbying against bilingual education in California schools. He retired from teaching in 1998.

Escalante has received many awards for his contributions to the field of education, including the Presidential Medal for Excellence and was inducted into the National Teachers Hall of Fame in 1999.

Escalante died in March 2010 after a long struggle with cancer. He is survived by his wife Fabiola, and their two sons.