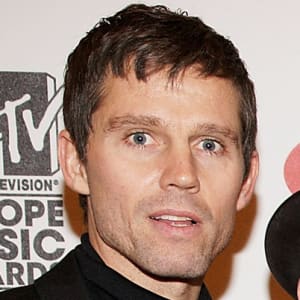 Jason Orange is best known for performing as a member of the British boy band Take That.

Born in Crumpsall, England, on July 10, 1970, pop star Jason Orange began his career as a member of the Manchester breakdancing group Street Machine. He went on to become a member of the boy band Take That, and re-emerged from obscurity when the group reunited in 2005.

Jason Orange was born in Crumpsall, England, on July 10, 1970. Raised Mormon, he was one of five brothers and three half sisters. He graduated from South Manchester High School, then apprenticed as a painter and decorator. In his teens, he was a member of Manchester's breakdancing group Street Machine. A gifted dancer, he won a spot on the television dance show Hitman and Her. While on set, he met Howard Donald, who helped Orange secure a spot in the boy band Take That alongside Donald, Robbie Williams, Mark Owen and Gary Barlow.

Jason Orange never stood out for his singing ability. In fact, during his original stint with Take That, his voice was never featured as the lead on any of their albums, and the band's fan mail rarely bared his name. As the voiceless breakdancer, he was painfully aware of his role as a second-tier band member. "My biggest insecurity has always been: 'What do I contribute to the band?' I don't really write music or understand it like they do," he said. "I've had some sleepless night about it. You know, am I worthy? Am I good enough? How did I get this lucky?"

In 1995, Robbie Williams left Take That. Less than a year later, the group broke up. Unlike his bandmates, Orange did not attempt a solo career. Instead, he tried his hand at acting, landing a role in 1998 on the TV miniseries Killer Net. He also appeared in a small stage production while living in London—a far cry from performing in front of packed stadiums. After a string of unsuccessful auditions, however, Orange quit acting and enrolled at South Trafford College.

In 2005, Orange reunited with his bandmates, instantly returning to the spotlight. During Take That's reunion tour, he was featured as a lead singer on "Wooden Boat," from the band's Beautiful World album.