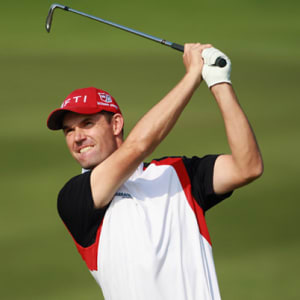 Professional golfer Padraig Harrington was born on August 31, 1971, in Dublin, Ireland. He began golfing at age 5, but did not turn professional until the age of 24. Harrington won two British Open championships, one Irish Open and the 2008 PGA Championship. After poor play cost him his PGA Tour card in 2014, he rebounded to win the 2015 Honda Classic.