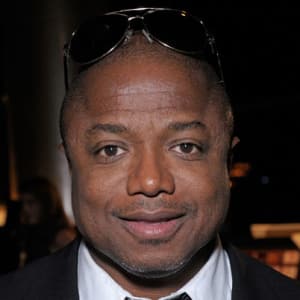 Singer and musician Randy Jackson came to fame as a member of the Jacksons, a hit R&B and pop group of the 1970s and ’80s.

Who Is Randy Jackson?

Born on October 29, 1961, Randy Jackson sometimes performed with his brothers in The Jackson 5. He became an official member in the mid-1970s, when the group became known as the Jacksons. Jackson and his brothers had several hit records, including Victory in 1984. He released a solo album in 1989. These days, Jackson is better known for his disputes regarding his late brother Michael Jackson's estate, and other arguments with some of his family members, than he is for his music career.

The second-youngest child born into a musical dynasty, Steven Randall Jackson, better known as Randy Jackson, was born in Gary, Indiana on October 29, 1961. Jackson grew up in the shadow of his older brothers: Comprised of Jackie, Tito, Jermaine, Marlon and Michael, The Jackson 5 had become one of the top acts of the 1970s. While he performed with his brothers several times over the years, Jackson didn't become an official member of the group until the mid-1970s.

The Jackson 5 renamed themselves the Jacksons after switching from the Motown to the Epic record label. Motown retained the rights to the "Jackson 5" name in the split, and brother Jermaine decided to stay on with Motown. Randy Jackson was brought in to replace Jermaine.

Randy's first album with his brothers, The Jacksons, came out in 1976, which featured the Top 10 pop and R&B hit "Enjoy Yourself." The following year, Goin' Places was released, but it failed to spawn any major hits. The Jackson brothers sought greater creative control of their work and ended up writing the songs for their next album, Destiny (1978).

Propelled by such singles as "Blame It on the Boogie" and "Shake Your Body (Down to the Ground)," Destiny proved to be another hit for the musical supergroup. Triumph, released in 1980, went platinum. Around this time, Randy Jackson was involved in an auto accident. He broke both of his legs in the incident, and he took nearly a year to recover.

Jermaine returned to the group, and the six Jackson brothers made another top-selling album, Victory, released in 1984. The group, however, seemed to fracture soon after the album was released: Michael Jackson, the group's frontman, had become the "King of Pop" with his internationally successful album Thriller, and Marlon decided to leave the group after the Victory tour. The Jacksons — now with only Randy, Jackie, Jermaine and Tito — pressed on, releasing their commercially disappointing album, 2300 Jackson Street, named after their address of their childhood home, in 1989. That same year, Randy Jackson went out on his own for the first time. He released Randy & The Gypsies, but his solo career failed to take off.

While tensions had often ran high in the Jackson family, Randy found himself more at odds with his relatives after Michael's death in 2009. He, along with sister Janet and brother Jermaine, objected to a tribute concert for his late brother — held in Wales in 2011 — stating that they thought that the family should have focused their attention instead on the trial of Dr. Conrad Murray for his role in Michael's death.

Another family feud erupted in 2012. Randy wanted the executors of his brother Michael's estate to step down, and questioned the validity of Michael's will. He was also accused of being involved in an attempt to keep his mother, Katherine Jackson, away from Michael's three children — Michael Joseph Jackson Jr., Paris Michael Katherine Jackson and Prince Michael "Blanket" Jackson II — for whom she acted as legal guardian. Some claimed that Katherine was being held against her will in Arizona, at her daughter Rebbie Jackson's home, but she later disputed that accusation. Randy tweeted that "Rebbie, Janet, Jermaine and I would never harm our mother and we are doing our best to protect her."

Randy Jackson has three children: Genevieve Katherine and Randy Jr., from his relationship with Alejandra Genevieve Oaziaza (who was later married to his brother Jermaine for a time), and Stevanna, from his short-lived marriage to Eliza Shaffe.