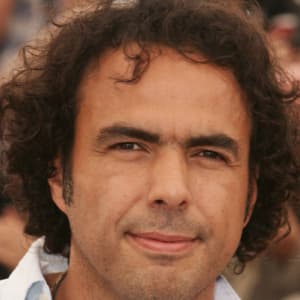 Alejandro González Iñárritu is an award-winning Mexican director and screenwriter known for films like ‘Amores Perros,’ ‘Babel,’ ‘Birdman’ and ‘The Revenant.’

Alejandro González Iñárritu was born on August 15, 1963, in Mexico City. During the 1990s, he was a producer for the Mexican TV company Televisa and a founder of Zeta Films. His 1999 feature film debut, Amores Perros, was nominated for an Academy Award for best foreign language film, and later works include 21 Grams, Babel and Biutiful. Iñárritu has earned further accolades with the innovative, edgy Birdman, which received nine Oscar nominations and ultimately won four, including best director and picture. This was followed by the Golden Globe-winning drama The Revenant, for which Iñárritu won his second director's Oscar.

Born on August 15, 1963, in Mexico City, Mexico, Alejandro González Iñárritu was the youngest child of seven siblings and grew up in the area of Narvarte. Having a predilection for literature and music but not able to focus on his studies, Iñárritu was ousted from school in his teens. He eventually became a commercial sailor before later attending Iberoamericana University.

Able to explore his love for music professionally, he worked as a DJ for Mexico’s WFM station in the 1980s, where he also created on-air skits and characters between playlists. He opted to go into visual work as well, working as a television producer and directing promotional spots. In 1991 he founded his own production company, Zeta Films, through which he created high-profile commercials and shorts.

Iñárritu would ultimately turn to long-form film as his creative vehicle of choice, seguing into it by creating musical scores for several Mexican movies in the 1980s. He studied the craft of filmmaking and lived for a time in the U.S. before working with novelist Guillermo Arriaga on a feature of their own. With Arriaga serving as screenwriter, Iñárritu directed the 2000 work Amores Perros, a harrowing, depth-driven drama about interconnected lives of pain and loss in Mexico City. Perros, which marked the feature film debut of actor Gael García Bernal, won global raves and earned an Academy Award nomination for best foreign language film.

Iñárritu continued his collaboration with Arriaga on his next two films, which ultimately rounded out a loose trilogy. Themes of interconnectedness and tragedy surfaced again in the 2003 work 21 Grams, which starred Naomi Watts, Benicio del Toro and Sean Penn.

The riveting Babel, offering up characters with intersecting stories on an international level, continued to cement Iñárritu’s reputation as a no-holds-barred filmmaker comfortable with exploring desperate circumstances. The ensemble cast featured Cate Blanchett, Brad Pitt, Adriana Barraza and Rinko Kikuchi, among others, and the film received seven Oscar nominations that included best picture and best director.

Award Recognition for 'Biutiful' and 'Birdman'

Iñárritu later directed and co-wrote the Oscar-nominated drama Biutiful (2010), which follows a low-level hustler with a compassionate heart who finds out that he’s dying and can communicate with the dead, a meaty role played by Javier Bardem. The film garnered two Oscar nominations; best Foreign Language Film and Best Actor for Bardem. More existential explorations followed with 2014’s Birdman or (the Unexpected Virtue of Ignorance), which Iñárritu again directed and co-wrote. The film chronicles the harried tribulations of actor Riggan Thomson (played by Michael Keaton, in a comeback role), the former star of an empty super-hero franchise who’s trying to create a different type of legacy by starring in a Broadway stage production.

Also co-starring Edward Norton, Emma Stone and Naomi Watts, Birdman was considered one of the most engrossing, imaginative movies of the year by many critics, especially noted for its long, continuous camera takes. Iñárritu and his collaborators earned a Golden Globe for best screenplay, and the film received nine Academy Award nominations, going on to win for best picture. Iñárritu himself won for best director and original screenplay along with his co-writers, using his time onstage to also shout out his heritage and call for fair treatment of Mexican immigrants in the U.S.

Iñárritu stirred up buzz again in 2015 with his adaptation of Michael Punke's novel The Revenant. Featuring Leonardo DiCaprio as real-life 19th century frontiersman Hugh Glass, the film was difficult to shoot due to frigid weather but has garnered major interest among the public and critics. The Revenant was widely released in the U.S. during the second weekend of January, earning more than $39 million. That same weekend DiCaprio, Iñárritu and the film itself won Golden Globes in the categories of best actor, director and drama, respectively, with the filmmaker heaping great praise upon his lead star. Just a few days later, The Revenant received a whopping 12 Oscar nominations, including nods for cinematography, directing and best picture. In 2016, Iñárritu won another Academy Award, becoming only the third director in history to win the directing Oscar two years in a row, following in the footsteps of John Ford and Joseph L. Mankiewickz.