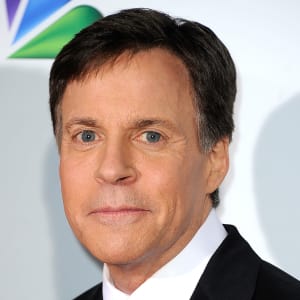 Sportscaster Bob Costas has earned widespread fame and numerous awards for his coverage of the Olympics and major American sports leagues.


Born in Queens, New York in 1952, Bob Costas began his sportscasting career while attending Syracuse University. He began calling American Basketball Association Games in 1974, and after joining NBC in 1980, he rose to prominence for his coverage of baseball, football, basketball and Olympic competitions. A recipient of more than two dozen Emmy Awards, Costas has also hosted sports programs for HBO and the MLB Network, as well as a successful late-night interview program.

spending his teenage years in Commack, Long Island, alongside his mom, Jayne, and younger sister, Valerie.

Costas bonded over sports with his dad, and even survived several tryouts with the Commack High School South basketball team despite his small size. Ultimately, he

knew he wanted to become a sports broadcaster like industry icons Mel Allen and Vin Scully, and in 1970 he enrolled at Syracuse University with that goal in mind.


Bob Costas quickly found his way onto Syracuse campus radio station WAER, and by his sophomore year he was broadcasting the school's football and basketball games. As

a senior, he received an offer from local station WSYR to call games for the Syracuse Blazers minor league hockey team, a position he accepted despite knowing little

In 1974, an ambitious Costas sent a demo tape to KMOX Radio in Missouri to apply for a broadcasting role with the Spirts of St. Louis of the American Basketball

Association. Given the job, he dropped out of Syracuse just shy of completing his communications degree to pursue his dream career.


Costas's role with the Spirits came to an end when the ABA folded into the National Basketball Association in 1976, but by then he had drawn attention for his

broadcasting skills. He began calling games for the University of Missouri basketball team, and earned assignments to cover regional action for both the NFL and NBA.

In 1980, Costas made the leap to the big time by joining NBC. Despite his youthful looks, he proved mature and polished in front of a camera, and he impressed

colleagues with his meticulous preparation. In 1982, he was paired with veteran baseball analyst Tony Kubek for NBC's Game of the Week telecasts, and he soon was

tapped for All-Star and playoff coverage. In 1984, he began hosting an NFL pregame show.

In 1986, the popular broadcaster began a 10-year run as host of Costas Coast-to-Coast, a syndicated weekly sports talk program. Known for his thoughtful ruminations

and wry sense of humor, he also found success with the formation of his interview show, Later with Bob Costas, in 1988.

That year, Costas began his longtime association with the Olympics when he was tapped to host NBC's late-night coverage of the Seoul Games. In 1992, he seamlessly slid

into the seat of primetime host, his renowned preparation serving him well for the thousands of athletes competing at the Barcelona Games.

Best in the Business


Throughout the 1990s, Bob Costas was prominently involved with NBC's coverage of the major American sports leagues. He began hosting the pregame show NBA Showtime in

1991, and later in the decade he moved courtside for play-by-play broadcasting. After the network regained the rights to Major League Baseball in 1994, Costas was

there to call the action for All-Star and playoff games.

After joining HBO in 2001, Costas hosted the programs On The Record, Costas Now and Inside the NFL. He also became the host of NBC's Sunday showcase Football Night in

America in 2006, and in 2009, he signed a deal with the MLB Network to call select games and host original programming.

Never one to shy from a pointed Q&A, Costas has been commended for interviews with such controversial figures as baseball's Mark McGwire, an admitted steroid user, and

former college football coach Jerry Sandusky, who was convicted of sexual abuse of underage boys. However, he has also come under fire for expressing strong opinions,

particularly a 2012 Football Night in America speech that was interpreted as a lecture on gun control.

Regardless, Costas remains one of the few sportscasters to enjoy widespread recognition and popularity even outside of the industry. He currently hosts the MLB
Network's Studio 42 with Bob Costas, as well as NBC’s coverage of major golf and horse racing events. Additionally, the 2016 Rio Games will mark his 11th time as

primetime host of the Olympics.


Few sportscasters have earned more accolades than Costas, who has garnered more than two dozen Emmys and been named Sportscaster of the Year by the National

Sportswriters and Sportscasters Association a record eight times. Additionally, he was inducted into the NSSA Hall of Fame in 2012, and has been honored for excellence

by his alma mater and Arizona State University.

Costas has two children, Keith and Taylor, from his marriage to his first wife, Randy. Following their divorce, he married his second wife, Jill, in 2004. They split

their time between their homes in St. Louis and New York City.