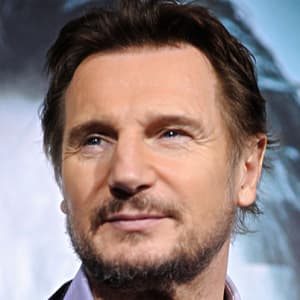 Who Is Liam Neeson?

Born in Northern Ireland in 1952, Liam Neeson began pursuing an acting career in the mid-1970s. His breakout role came with the Holocaust drama Schindler's List, for which he garnered an Academy Award nomination. Neeson also starred in Star Wars: Episode I and Kinsey, before claiming a string of action-hero roles in flicks like Taken. He has also supplied voice work for hit family films like The Chronicles of Narnia and The LEGO Movie.

Liam Neeson was born on June 7, 1952, in Ballymena, Northern Ireland. Before becoming a world-famous actor, he forged a promising career in boxing as a juvenile champion.

Neeson left behind boxing to study physics and computer science at Queen's University, but soon left the school to go work for Guinness, before returning to academics at a teachers' training college.

Switching gears to pursue an interest in acting, Neeson joined the Lyric Players' Theatre in Belfast, Northern Ireland, in 1976, and then the Abbey Theatre in Dublin. Along with appearing on stage, he earned his first film credits around this time, in Pilgrim's Progress (1978) and Christiana (1979).

The following decade brought increased exposure for the strapping actor, beginning with his role of Sir Gawain in the Arthurian fantasy Excalibur (1981). Other notable films from this period include The Bounty (1984), with Mel Gibson and Anthony Hopkins, The Mission (1986), with Robert De Niro and Jeremy Irons, and Suspect (1987), with Cher and Dennis Quaid.

Neeson claimed his first leading role in the superhero thriller Darkman (1990). However, it was his performance in Steven Spielberg's Schindler's List (1993), about a German businessman who saved the lives of more than 1,000 Jews during the Holocaust, that led to wide-scale recognition and an Academy Award nomination.

In 2004, Neeson starred in Kinsey as the titular pioneering sexologist, earning a Golden Globe nomination for his work. The following year, he returned to the superhero genre as arch villain Ra's al Ghul in Batman Begins, and voiced Aslan the lion for the first of three film adaptations of The Chronicles of Narnia.

With Taken (2008), in which he portrays an ex-CIA operative on the hunt for his daughter, Neeson made a late-career turn toward action hero. He maintained that take-no-prisoners persona through two sequels, as well as in films like Unknown (2011) and the survival epic The Grey (2012). During this time, the actor also starred in the 2010 remake of Clash of the Titans and its 2012 sequel, and in a remake of the popular 1980s TV series The A-Team (2010).

Tapping into his comedic side, Neeson in 2014 provided voice work for The Nut Job and The LEGO Movie, and appeared in the Seth MacFarlane farce A Million Ways to Die in the West. He returned to serious fare with the Martin Scorsese period drama Silence (2016), and the following year he took on the role of the infamous Deep Throat in Mark Felt: The Man Who Brought Down the White House.

In 1994, Neeson married English actress Natasha Richardson, with whom he had two children. Their marriage came to a tragic end when she died after a skiing accident in March 2009.

The actor was appointed Officer of the Order of the British Empire (OBE) by Queen Elizabeth II in her 2000 New Year Honours. In 2011, he became a Goodwill Ambassador for UNICEF.