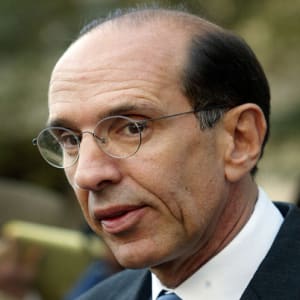 Samuel Waksal is best known for being the CEO of ImClone Systems convicted for fraud and insider trading in 2003.

Samuel Waksal was born September 8, 1947, in Paris, France. He is the son of Holocaust survivors who earned his bachelor's degree and doctorate from Ohio State University in immunobiology. Waksal was arrested in 2002 for selling shares in his company, ImClone, ahead of an unfavorable ruling by the FDA. He was convicted in 2003 and sentenced to at least seven years in prison.

Business executive, immunologist and convict Samuel D. Waksal was boern on September 8, 1947, in Paris, France. The son of Holocaust survivors, Waksal earned a bachelor's degree in 1969 and a doctorate in immunobiology in 1974, both from Ohio State University.

In 1984, Waksal founded ImClone Systems, a biopharmaceutical company, and served as the company??s CEO. He was arrested in June 2002 for insider trading and fraud after unloading stock prior to an unfavorable ruling by U.S. regulators. Waksal allegedly told family members to sell their shares of ImClone in anticipation of a negative government report on the company??s cancer drug. That fall, he pleaded guilty to charges of securities fraud, bank fraud, obstruction of justice and perjury.

On June 10, 2003, Waksal was sentenced to seven years and three months in prison without parole and ordered to pay more than $4 million in fines and back taxes. He served 87 months in prison and was released on February 9, 2009, from the Federal Correctional Institution, Otisville in New York.